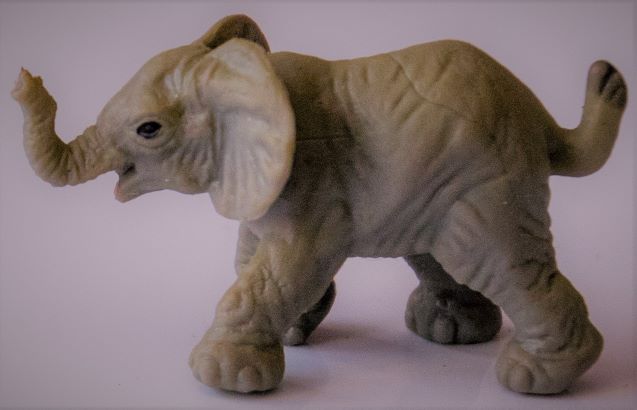 The Elephant in the Room: No Standardization in Telehealth Coding

A telehealth claim during the COVID-19 Public Health Emergency (PHE) is submitted to the primary plan, a commercial plan that requires Place of Service (POS) code 02 or 10 and modifier -95. The claim applies to the deductible. The patient has Medicare as his secondary plan, and the telehealth claim is duly forwarded to Medicare without changing the telehealth place of service coding.

Medicare pays, but reduces the allowable amount due to the telehealth coding not being consistent with the PHE requirement of pre-pandemic POS code.

Providers must accept lower reimbursement for services, because The Powers That Be can’t (won’t?) get together and agree on how telehealth should be submitted? It’s the middle of 2022. Haven’t we lived with COVID and telehealth now for long enough that they should have figured this out?

It would be fraud to change coding on the claim after the primary plan considers it, right?

The opposite also happens:

A provider submits a telehealth claim to Medicare using the PHE coding.  Medicare pays correctly and forwards the claim to the secondary payer, which is not a Medigap plan. In mental health billing, some commercial insurance plans use specialty behavioral health vendors known as “carve-outs,” where the entity who pays mental health claims is independent of the insurer who handles the medical benefits. This plan was one such. Because non-Medigap plans do not have to follow Medicare guidelines, the secondary payer in this case didn’t adjudicate the claim but denied it back to the provider stating they were not the correct payer. The provider is then required to file a manual claim to the secondary payer’s behavioral carve-out to obtain reimbursement.  This was done without changing the telehealth coding, and the behavioral plan denied the claim: INCORRECT CODING. An appeal was submitted explaining that the provider was following Medicare guidelines, and included a copy of Medicare’s directive for coding PHE telehealth claims. The appeal upheld the denial: “the telehealth coding is incorrect.”

The provider was acting ethically by not adjusting coding after the fact. Now she must lose out on the reimbursement – because it certainly would not be fair to charge the patient.

Is there a solution here?  Can coding be changed ethically? Is it fraud? Abuse?

He first clarified the difference between “fraud” and “abuse,” which I think is an important distinction. In his words,

billing errors which lead to improper reimbursements. Fraud is a deliberate

deception that results in an unauthorized payment, while abuse is failing to

It seems that we’re not contemplating fraud here – if you provided a telehealth service, that’s what you provided and there is no deception.

“It would not be considered fraudulent if the medical record

documentation supports the … claim being submitted, and the

code was just being updated with a corrected code.”

But he cautioned that providers need to:

1) refrain from altering the documentation after the fact, just to support a corrected claim; and

2) make sure that the codes on the corrected claim do in fact reflect the medical record.

Abuse seems to be the issue here: failing to adhere to accepted business practices. in this instance, accepted practice is to keep codes consistent between the primary and the secondary payer.

I also asked Mr. Schiffman about the two scenarios above.

“I discussed these scenarios with our Coding and Auditing Manager. On the

first scenario, she pointed out because it applies to the deductible, she is

uncertain if Medicare will allow the coding to be changed and resubmitted.

We looked for guidance and came up blank on that. She recommends

contacting the MAC, explaining the scenario, and seeing if they allow a

corrected claim after it was already submitted to the commercial payer.”

“For scenario 2, while we do not see an issue from a compliance perspective

correcting and resubmitting the claim to the secondary payer, we would

what their process is.”

Ok, so if the best minds in Compliance “came up blank,” then how is a solo provider, with no coding background and no staff, supposed to get it right?

While contacting the MAC or a private payer seems to be a logical step, most likely the customer service rep will tell you that they are not allowed to tell providers how to code. They will say “code according to your documentation and best practices.” Which puts you right back where you started. And even if you did, by some chance, get a CSR to answer you…what guarantee do you have that this rep gave you the correct answer? In an audit, would that stand up?

My recommendation is to play it safe: unless the MAC or private payer is willing to answer your question and give you permission in writing … then, don’t.

Yes, it’s unfair, and it sucks not to be fully paid – but the consequences of altering coding between a primary and secondary payer could be far worse.

Tired of being short-changed?

Are the professional organizations aware of the elephant in the room? What are they doing to rehome him back into the wild, and represent you?

0
Your Cart
Your cart is emptyReturn to Shop
Continue Shopping